Head Tossing can be one of the most frustrating habits a horse can have. To start, it’s just plain annoying! One minute your horse is working nice and forward and then BAM the head comes flying up and all the work you’ve done is gone and you’re back to square one. But mostly, it’s frustrating because it’s generally a sign that your horse is in pain and there are so many potential causes. 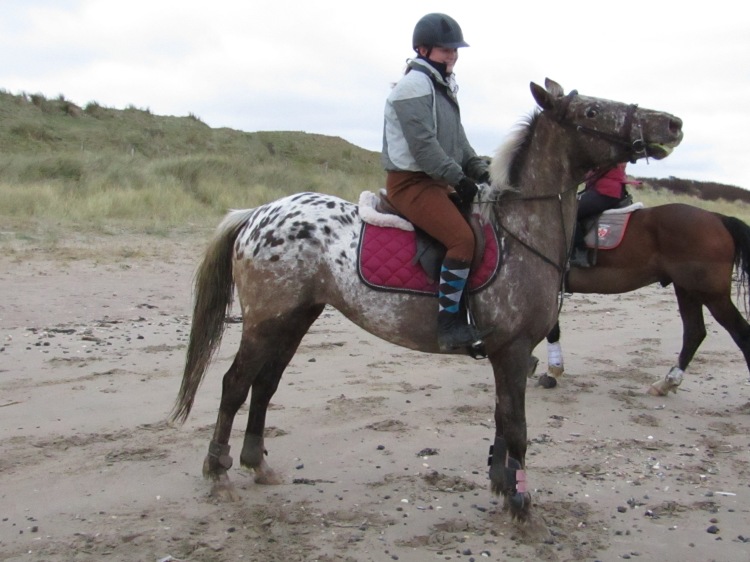 What can cause head tossing in horses:

For the sake of this post I’m going to talk about my experience with Coco.

For the first few months that I had Coco I didn’t ride her too much as she had a pretty nasty saddle sore from before I bought her. I mostly kept her to lunge work and would only ride once or twice every two weeks. About 2 months into owning Coco she started head tossing. I quickly realised that any time I picked up the contact she would throw her head in the air so first thing I did was book the dentist. I had a 2 week wait for the dentist to come out so I decided not to ride her for those 2 weeks as she seemed so uncomfortable.

The dentist did her check and found that Coco had a sharp tooth which was cutting her gums. After some work from the dentist and a few days off I hopped up and the head tossing had stopped! Once Coco’s saddle sore was all healed up I started schooling her properly. Within a few weeks her head tossing had started back again. It was just as bad as the first time, if not worse. So once again, I called the dentist out and she found that Coco had lost some baby teeth and had some more sharp teeth which were causing her some pain. We fixed her up, I gave her a few days off, hopped up, picked up the contact and her head tossing had stopped…but only for the first 10 minutes of our riding session. Now it seemed Coco would start throwing her head when she was fed up and wanted to stop working. To be sure, I ran through the list above – I had a quick check of her back, her saddle was fine, I ride her in a rubber snaffle that fits perfectly so the last thing to do was to get a professionals opinion. So I decided it was time to start lessons.

How to Break the Head Tossing habit:

Once you’re confident your horse isn’t head tossing out of pain there are a few things you can try to break the habit. Below are some different methods I was given to try during lessons with qualified instructors.

The first thing I tried was giving Coco a loose rein to let her relax. The intention was to show her that I wasn’t asking her to work on the bit or to move a certain way. Unfortunately with Coco being a spooky and speedy youngster this just meant that I had minimal control and she had free rein to do whatever she wanted. Not really what I was going for.

Next I tried encouraging Coco into the contact on a long rein by keeping a bend in the knee and squeezing on every stride. This also did not work.

The last thing to try was correcting the behaviour. There were two different ways of correcting the behaviour – the first was giving her a smack on the shoulder every time she tossed her head but that just seemed to wind her up and make her more anxious. The last thing I tried was giving her a quick chug on the inside rein every time the head went into the air. As soon as she softened in the contact I would give with the inside rein to reward her for keeping her head still. Out of everything I tried, this was the only thing that worked. 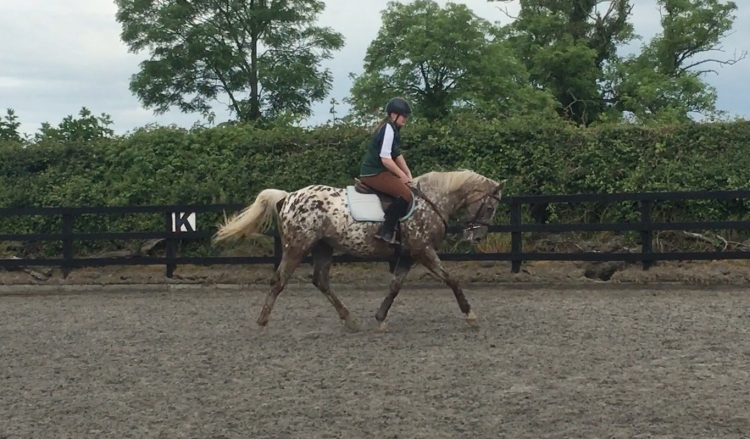 After one week of doing this, Coco had completely stopped her head tossing in trot. She did it in canter for a few more weeks but eventually it dwindled out. I have come to realise that Coco is more comfortable being held in a constant contact. She wants to feel that you’re there with her and this is why the first two methods didn’t work. Giving her the lighter contact seemed to make her more anxious whereas when I have a steady contact I can hold her together. Coco now works comfortably and happily in a positive contact and she only starts head tossing when she’s jumping or when she’s really wound up and looking to get her own way..while it has become a lot more manageable, I put this down to her being a youngster so eventually she’ll work out of this habit.

Have you ever had to deal with a head tosser? What did you try to fix it? Let me know in the comments!